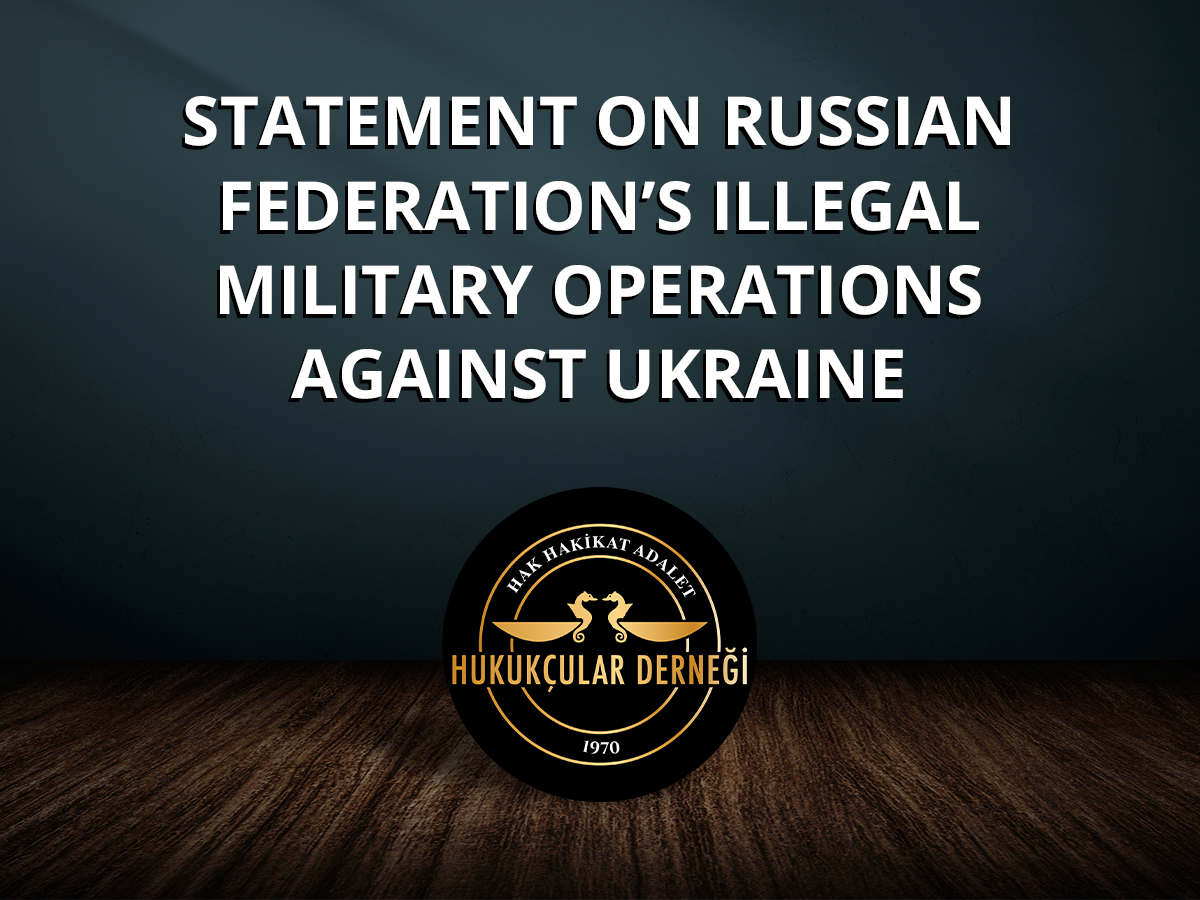 The process, which started with the Russian Federation’s official recognition of the independence of the Donetsk and Luhansk separatist regions in eastern Ukraine on February 21, 2022, turned into a large-scale armed conflict and invasion attempt with the entry of Russian forces into Ukraine on February 24, 2022. This violence, which has not separated soldiers and civilians since the beginning of the conflict, has spread to different parts of Ukraine, including the capital Kiev.

Military operations of the Russian Federation against Ukraine are complete violations of international law. The prohibition on the use of force, the prohibition of intervention and the obligation to respect the sovereignty and territorial integrity of other states in the United Nations Charter were violated with the operations.

President of the Russian Federation, Vladimir Putin, in his speech dated February 23, claimed that Russia has the right of self-defense and intervention on two grounds; The demand for military aid by the separatist regions of Donetsk and Luhansk and the threat of Russia by NATO and Ukraine. These claims, which cannot go beyond the effort to legitimize the expansionist policy and aggression, are far from reality and legality.

Article 2 (4) of the United Nations Charter prohibits member states from using force against the territorial integrity or political independence of another state in a manner inconsistent with the purposes of the UN. There are two exceptions to this prohibition; right of self-defense and United Nations Security Council resolution.

The use of force against Ukraine’s territorial integrity and political independence has clearly violated Article 2 (4) of the UN Charter. International peace and security are seriously jeopardized. In this international armed conflict, the parties must fulfill their obligations regarding international humanitarian law in order to prevent disasters.

The attacks carried out by the Russian Federation against Ukraine are irreversibly hindering the establishment of peace, tranquility and stability in the region. Attacks are unacceptable. As the Lawyers’ Association, we hope that this violence, which brings nothing but harm to humanity, will come to an end and we condemn the large-scale invasion of the Russian Federation against Ukraine.